The Light of Christ to our rural community

Please see below the letter on our current status from church leadership from Wednesday the 18th of March.

Earlier this evening, our leaders gathered together to discuss our ongoing approach to the current crisis that is sweeping across our nation. The threat of the coronavirus must be taken seriously and, after the events of today with directions from the government and the Baptist Union of Victoria, we will be postponing all Sunday services indefinitely. Please see an excerpt from an email from the BUV which was sent out this morning (Wednesday).

This morning, the Prime Minister announced that non-essential indoor gatherings of more than 100 people are now banned as the country responds to the coronavirus pandemic. (This number could be lowered at any time in the near future).

An indoor gathering refers to a gathering within a single enclosed area (i.e. an area, room or premises that is or are substantially enclosed by a roof and walls, regardless of whether the roof or walls or any part of them are permanent, temporary, open or closed). Schools, universities, airports, public transport, medical and emergency services facilities, aged care homes, jails, courts, parliaments, supermarkets and many workplaces are exempted.

The BUV recommends that churches meet only for essential activities (less than 100 people) and encourage discipleship through small groups. Please make sure that if you do hold any gatherings, you apply social distancing and hygiene practices as recommended by the Australian Government :

The pre-existing ban restricting mass outdoor gatherings to 500 people will remain in place.

Currently, gatherings of 100 people or more are not permitted, and any venues hosting gatherings under 100 people need to facilitate a distance of 1.5m (Now 2 meters) between attendees.  Be prepared for that number to be lowered at any time.

These steps will be difficult and disappointing for us all but we must do our part in seeking to minimise the spread of the coronavirus within our church family at Naringal as well as the broader community. Obviously, there are many things to consider during this time. Below is a list of changes to our normal church-life routine:

Mal, Matt and the Elders

Kids Segment - ↓ View resources in each tab below ↓ 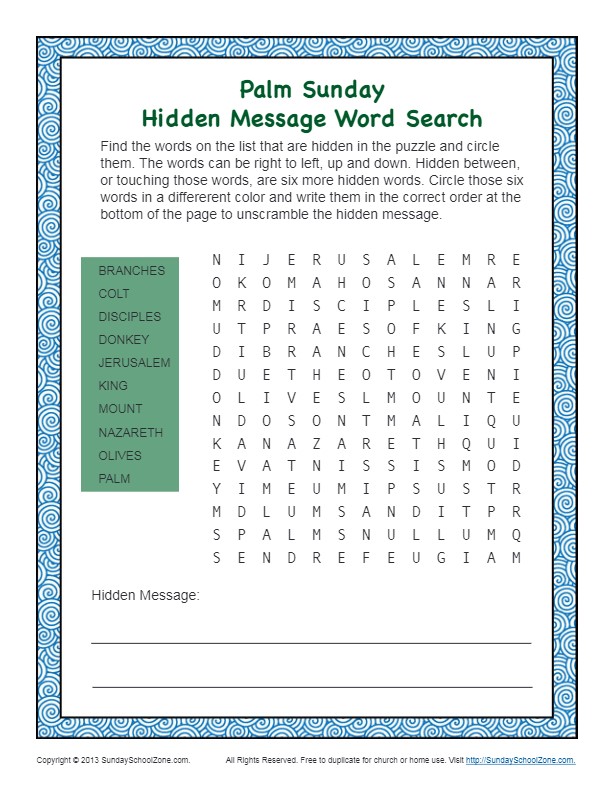 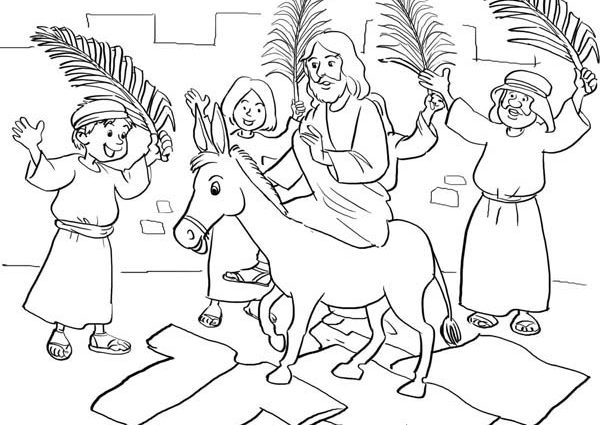 Luke 19:37-38(NIV): When he came near the place where the road goes down the Mount of Olives, the whole crowd of disciples began joyfully to praise God in loud voices for all the miracles they had seen: “Blessed is the king who comes in the name of the Lord!” “Peace in heaven and glory in the highest!”

“If want to understand God, we must understand paradox.” – unknown source

Paradox - a seemingly absurd or contradictory statement or proposition which when investigated may prove to be well founded or true.

Eg: “The Farmer’s Horse” – see section below the sermon notes

Contained within the famous entry of Jesus into Jerusalem to begin the “Passion Week”, we find the paradox of:

As we struggle with the pain of the Coronavirus, let’s ask God to help us see the paradox – that God can bring good out of bad situations.

Romans 8:28(NIV): And we know that in all things God works for the good of those who love him, who have been called according to his purpose.

Whatever my lot thou hast caused me to say

It is well, it is well with my soul.”

- See below video exploring the back story to this favourite hymn

1. “If want to understand God, we must understand paradox.” Do you agree with this statement?

2. Can you identify the paradox in these verses?

3. The Crucifixion & Resurrection are a paradox. Why do we need to fully embrace both to know and follow Jesus?

4. The Coronavirus has brought much loss and suffering. Can you think of any positives/opportunities at this time?

Many years ago, in a poor Chinese village, there lived a farmer and his son. His only material possession, apart from the land and a small hut, was a horse he had inherited from his father.

One day, the horse ran away, leaving the man with no animal with which to work the land. His neighbours, who respected him for his honesty and diligence, went to his house to say how much they regretted his loss. He thanked them for their visit, but asked:

‘How do you know that what happened was a misfortune in my life?’

Someone muttered to a friend: ‘He obviously doesn’t want to face facts, but let him think what he likes, after all, it’s better than being sad about it.’

And the neighbours went away again, pretending to agree with what he had said.

A week later, the horse returned to its stable, but it was not alone; it brought with it a beautiful mare for company. The inhabitants of the village were thrilled when they heard the news, for only then did they understand the reply the man had given them, and they went back to the farmer’s house to congratulate him on his good fortune.

‘Instead of one horse, you’ve got two. Congratulations!’ they said.

‘Many thanks for your visit and for your solidarity,’ replied the farmer. ‘But how do you know that what happened was a blessing in my life?’

The neighbours were rather put out and decided that the man must be going mad, and, as they left, they said: ‘Doesn’t the man realise that the horse is a gift from God?’

A month later, the farmer’s son decided to break the mare in. However, the animal bucked wildly and threw the boy off; the boy fell awkwardly and broke his leg.

The neighbours returned to the farmer’s house, bringing presents for the injured boy. The mayor of the village solemnly presented his condolences to the father, saying how sad they all were about what had occurred.

The man thanked them for their visit and for their kindness, but he asked:

‘How do you know that what happened was a misfortune in my life?’

These words left everyone dumbstruck, because they were all quite sure that the son’s accident was a real tragedy. As they left the farmer’s house, they said to each other: ‘Now he really has gone mad; his only son could be left permanently crippled, and he’s not sure whether the accident was a misfortune or not!’

A few months went by, and Japan declared war on China. The emperor’s emissaries scoured the country for healthy young men to be sent to the front. When they reached the village, they recruited all the young men, except the farmer’s son, whose leg had not yet mended.

Story behind a favourite Hymn - Referenced in Sermon